U.S. corn and soybean production and stocks down

At 13.73 billion bushels, national corn production fell by 8.9% from last year. For the five largest corn growing states (IA, IL, MN, NE, IN which make up about 63% of all corn production), delays in planting led to fewer harvested corn acres than a year ago and lower yields in three of the five states. The final USDA corn production report was much lower than analyst estimates, and futures markets responded with higher prices.

Soybean production fell by 4.2% to 4.28 billion bushels in 2022, and national yields were down 2.2 bushels per acre to 49.5 bushels per acre, which is below the historic yield trend. Final soybean production numbers were 0.2 billion bushels less than the average analyst prediction, leaving room for further price increases in the soybean futures market.

The Northwest harvested 299,000 corn acres in 2022 (down 6.5% year over year), following a consistent trend of fewer acres planted each year. Idaho had record yields of 216 bushels per acre. Despite the substantial increase in yield, Idaho corn production fell as farmers planted fewer corn silage acres in favor of other crops. Montana corn yields also increased to 112 bushels per acre, the highest yield since 2013. Acreage, yield and production fell in Oregon and Washington.

The Mississippi River water levels are at historic lows, creating transportation logistics challenges for grain exports and slowing grain exports during the final quarter of 2022. Nearly 60% of all U.S. corn and soybeans are transported along the Mississippi River to be exported, and transportation challenges have affected U.S. trade competitiveness. Normally, between September and February (when Brazilian corn comes to market), U.S. corn dominates world trade. However, transport challenges have increased U.S. corn prices to $1.50 per bushel above Brazilian prices and slowed U.S. corn exports. As a result, the USDA estimates corn exports to decrease by $600 million in the final quarter of 2022. U.S. corn farmers could see domestic corn prices decline as domestic stocks remain full.

Mexico, the largest export destination for U.S. corn in 2021, announced a ban on genetically modified corn imports starting in 2024. Over 90% of U.S. corn is genetically modified to be more tolerant of herbicides. In 2021, the U.S. exported more than 18 million tons of corn to Mexico. If the ban was effective today, the U.S. would only be able to export 2.7 million tons of non-GM corn. This ban would have significant impacts on U.S. corn farmers and agricultural trade relationship with Mexico. It’s likely that discussions and negotiations about the ban will remain ongoing.

The National Biodiesel Board 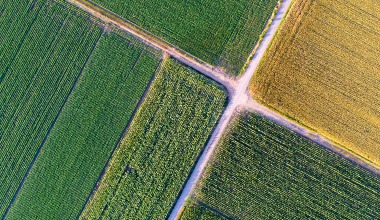 Knowledge is the best insurance

AgWest supports customers with a wide range of industry and business management resources.

Get information that matters to you.